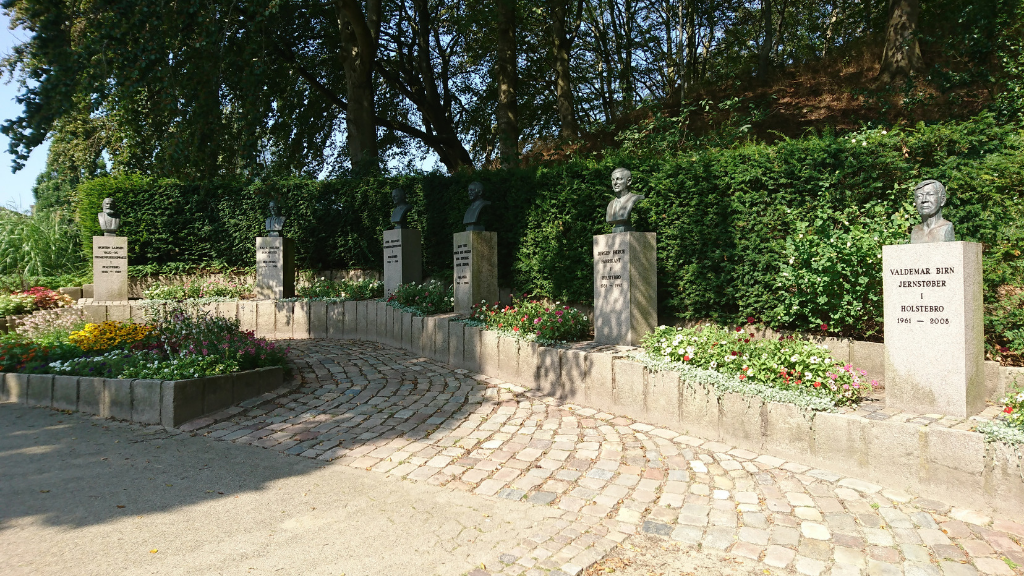 Photo: Holstebro Turistbureau
Attractions
Monuments
The small bus park at the entrance to Holstebro Park on Enghavevej is in honor of six of the city's pioneers.
Address

At the entrance to Holstebro Park on Enghavevej a bust park has been made in honor of the town's pioneers. It is the Ukrainian artist Leonid Kolibaba, who also was a part of the creation of The Tobacconist’s Dream, which made 5 of the busts.

On November 27, 1998, the bust park was expanded with two additional busts by former town clerk Jens Johansen (1918-2001) and manufacturer Jørgen Færch (1925-1997). Jørgen Færch died before the unveiling but on his deathbed, he was informed about the bust.

In 2012, the last and sixth bust was erected, which portrays director Valdemar Birn (1933-2008) created by his wife, the artist Inger Birn.