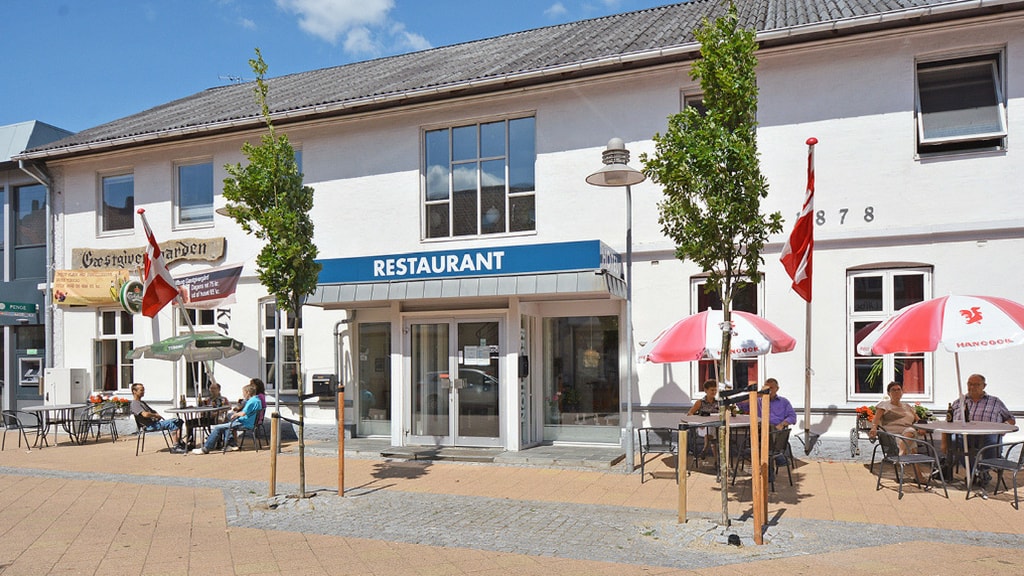 Ulfborg Gæstgivergaard is a traditional inn situated between the North Sea and the heath in Ulfborg in West Jutland, built in 1878.

Experience the beautiful harsh West Jutland nature, take a trip in Stråsø Plantage not far from Ulfborg. The plantation has just been designated as a natural cannon because of its magnificent nature. The rolling heath landscape at Vind Hede and the extensive inland dunes planted with mountain lighthouse and spruce in Stråsø Plantage give a grandiose impression. Here you still get the impression of the great expanses, which is a far too rare sight in Denmark.

When hunger arrives, visit Ulfborg Gæstgivergaard and new good Danish dishes based on local produce. The food is consumed in a cozy setting in the traditional inn in Ulfborg city center.

Ulfborg Gæstgivergaard has 8 double rooms all with private toilet and baths, telephone, TV and possibility for wireless internet.